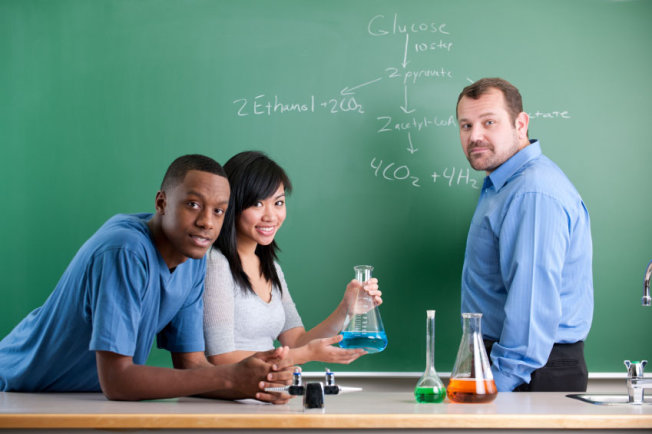 A new report has identified another issue in the nation’s STEM crisis – and, possibly, a way to steer more students into science, technology, engineering and math jobs.

The report, released Wednesday by ACT, the college readiness assessment testing company, points to a gap between the levels of students’ expressed interest in STEM areas and their intentions to pursue STEM careers.

“The good news is that student interest in STEM is high overall,” said Jon Erickson, ACT president of education and career solutions. “The bad news is that a sizable number of students may not be connecting the dots between their innate interests and a potential STEM-related career.” The company has recently built STEM scores and benchmarks into their new ACT Aspire system.

“The Condition of STEM 2013” is based on data from nearly 1.8 million U.S. students who took the ACT college readiness assessment test before graduating from high school in 2013. The study measured the students’ “expressed interest,” or what they say they’re interested in studying, vs. their “measured interest,” which was based on their responses to a series of questions designed to measure preferences for different types of “work tasks.”

“Early assessment and intervention are extremely important in helping students get on track for college and career success, and that’s particularly true in the areas of math and science, where so many of our students are falling behind,” said Erickson. “If we encourage young students who are interested in STEM to consider related careers, I believe both they and U.S. employers will benefit.”

“Nothing is more costly to the nation than untapped potential, and that’s why we must do more to ensure that all students understand the career opportunities that match their interests, particularly those that exist in important STEM fields,” said Erickson. “If we can identify students earlier and then keep them engaged, they may be more likely to choose a STEM career.”